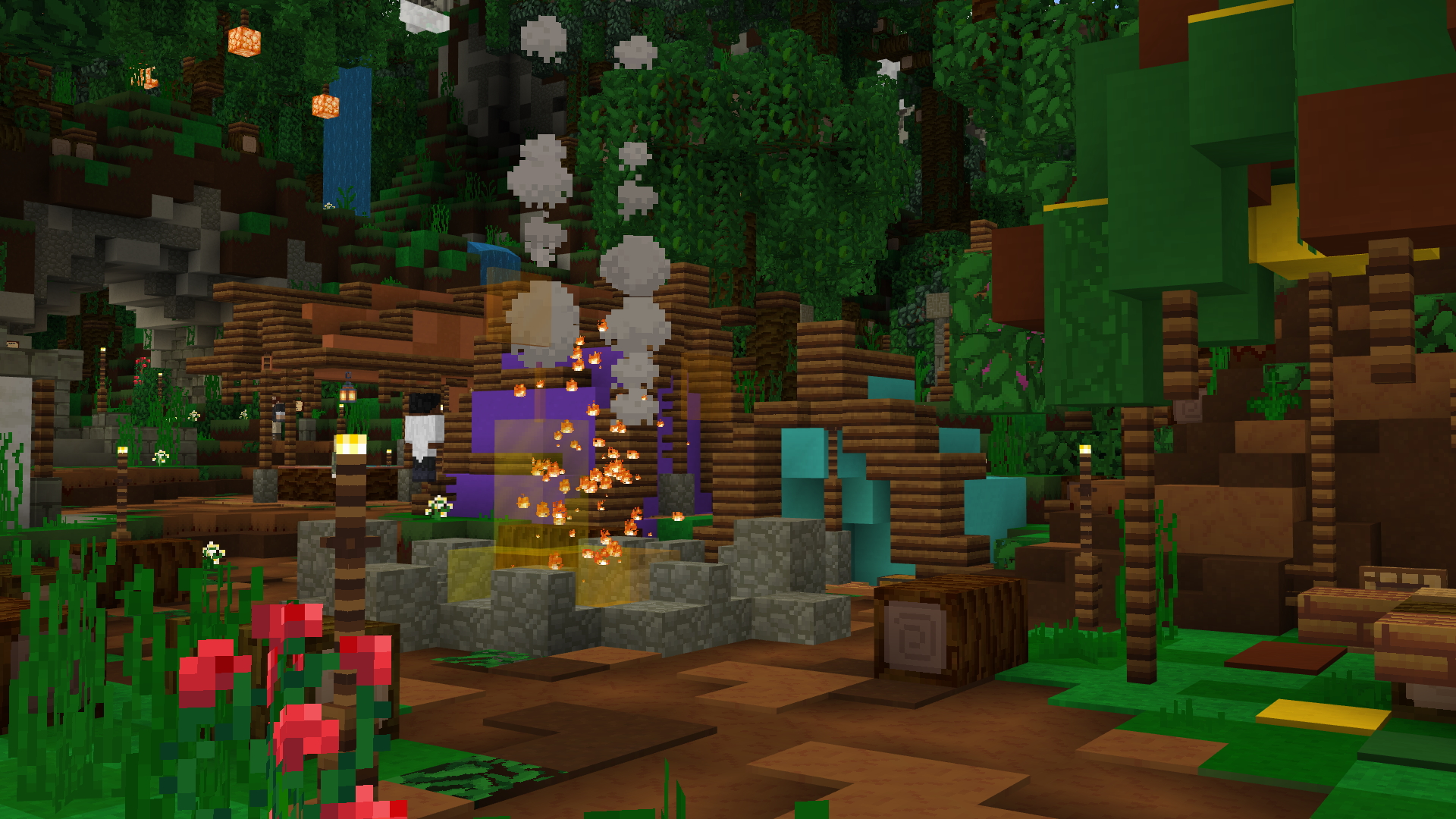 Jungle Royale is RASA Studios’ first foray into the Minecraft Marketplace. It’s a minigame map with story elements, collectables and puzzles designed for both solo players and multiple players to be able to experience. Within the project, I worked on a number of elements:

No RASA project is completed in isolation, and Jungle Royale was no different. Many different people helped and provided their input for different parts of the map, and overall it was very fun to be able to collaborate with so many people on this project.