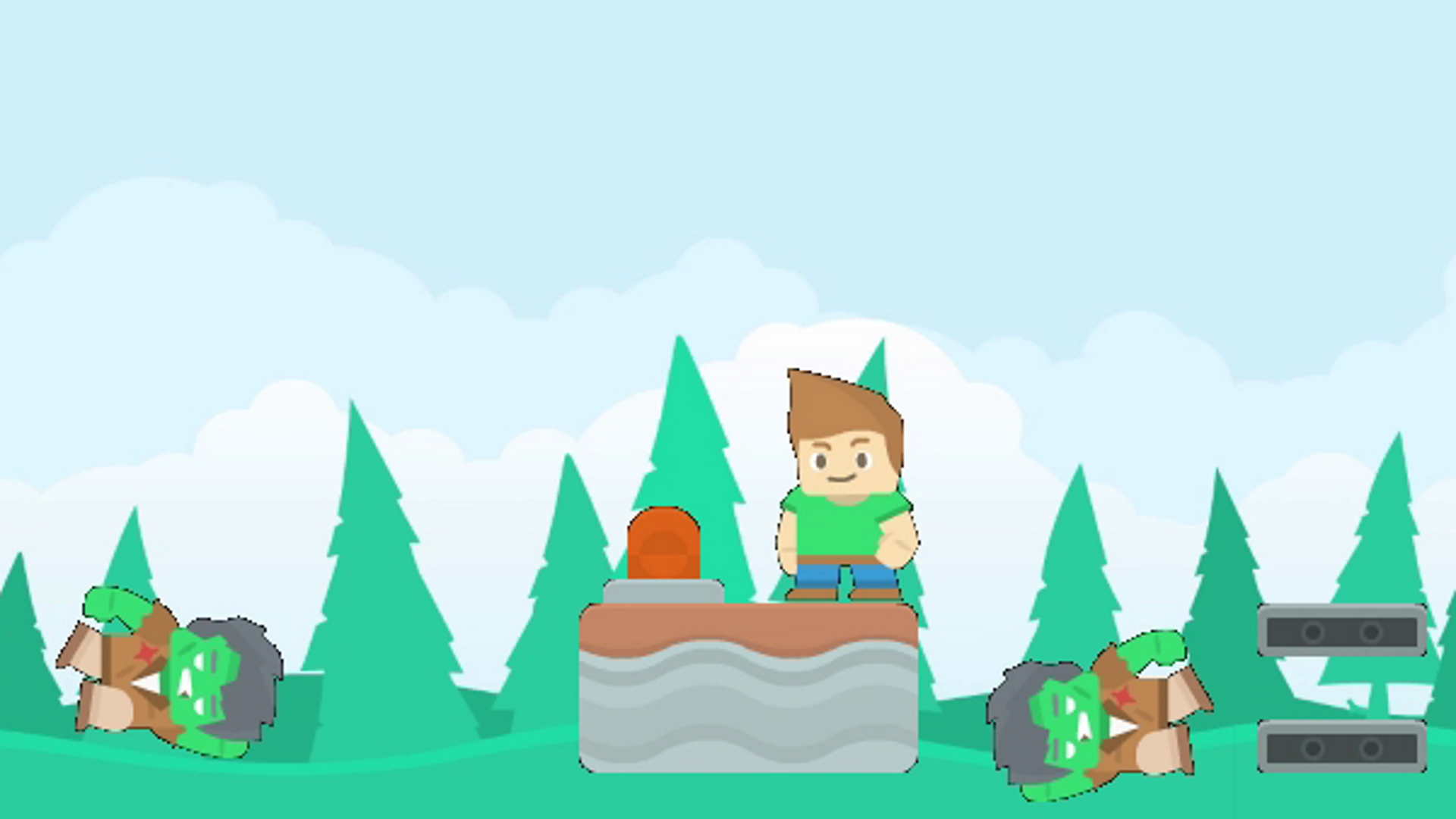 During my third year studying Computer Science at the University of Nottingham, I took a module on programming in C++. The final coursework for this was to use a provided framework (an engine utilising SDL2) to create a program with graphics. For this, I chose to create a platformer game where enemies would fly across the screen horizontally, and you would need to shoot as many of them as possible.

The game includes a number of features, such as a highscore table (which persists across the game closing and opening), and the ability to save and reload the state of the game with all object positions and states being restored. The game also has a series of levels that can be chosen, with some levels having “toggle switches” which make platforms appear or disappear when activated. The project was created using assets from Kenney.nl.